During World War II, there was no bread to be had in the Netherlands and people were forced to eat tulip bulbs. ‘My mother roasted them,’ one survivor recalls, ‘and they tasted delicious then, because we were so hungry I suppose. I cooked some years later, just to taste them again, and they were absolutely disgusting.’

While most of the population was thin and unwell on this starvation diet, a few children were actually healthier than before. An observant Dutch doctor noted that these were the children who, before the war, had suffered from constant diarrhoea, fatigue, poor growth and muscle wasting. They were suddenly stronger and, his enquiries revealed, their diarrhoea had vanished. But when the food situation improved at the end of the war, all their old problems returned.

By carefully experimenting with the diet of these patients, the doctor discovered that eating wheat and rye caused the symptoms. Subsequent research has revealed that both contain a collection of proteins, referred to as gluten, which are the source of coeliac disease. 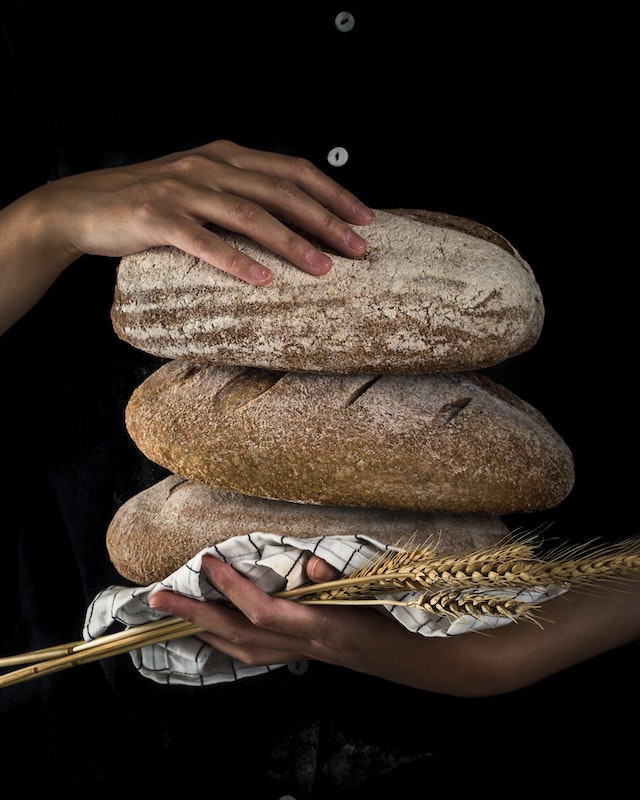 Photo by Mae Mu on Unsplash

The symptoms of coeliac disease are:

damage to the lining of the intestine. This is of a characteristic type: the complex folded structures (the villi) of the intestinal lining are destroyed. Additionally, huge numbers of immune cells are present

the loss of the villi results in failure to absorb nutrients from food (malabsorption) causing poor growth in babies, and weakness and weight-loss in adults

poor appetite, especially in babies. This can greatly reduce the diarrhoea

Coeliac disease usually appears in babies during weaning, a few weeks after cereals are introduced, but it can also begin for the first time in adults. The tendency to coeliac disease is genetically inherited, so it runs in families. 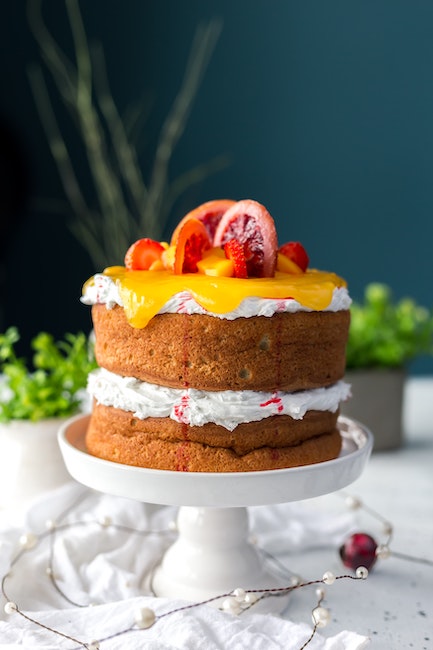 Photo by Karly Gomez on Unsplash

an intensely itchy rash, sometimes with tiny blisters; the rash is symmetrically distributed on the buttocks, shoulders, scalp, and the outer surfaces of the knees and elbows

diarrhoea, in some cases, but not all

the same characteristic damage to the lining of the intestine as seen in tests for coeliac disease, though generally less severe 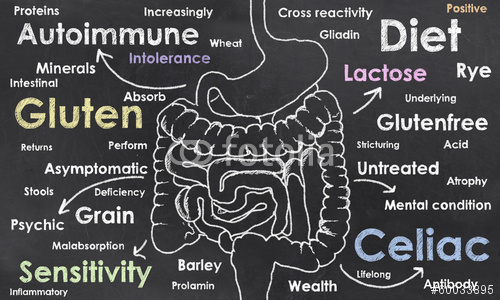 About 5% of those with coeliac disease actually go on to develop dermatitis herpetiformis. Most people have either one or the other.
Both diseases are caused by the same gene, which results in sufferers developing antibodies against one of their own proteins, an enzyme called tissue-transglutaminase. The job of this enzyme, which is found in the intestines, is to assist with the breakdown of gluten.
If no gluten is present, the enzyme does not arouse the interest of the immune system. It is the process of gluten digestion, in which a particular peptide is produced from gluten, that provokes the autoimmune reaction. (A peptide is any short length of protein chain, obtained from the complete protein chain by digestion.)
What seems to trigger the autoimmune reaction is this enzyme-peptide combination: the offending peptide, newly produced and still attached physically to the enzyme. There is something about the particular ‘chemical picture’ that this combination makes which outrages the immune system of individuals with a particular genetic make-up.
The impact of this autoimmune reaction on the intestinal lining is severe in coeliac disease, less so in dermatitis herpetiformis. What causes dermatitis herpetiformis is a particular type of antibody, called dimeric IgA, which is transported by the bloodstream from the gut to the skin. It is deposited in the skin all over the body, but for some reason only provokes inflammation in certain areas. 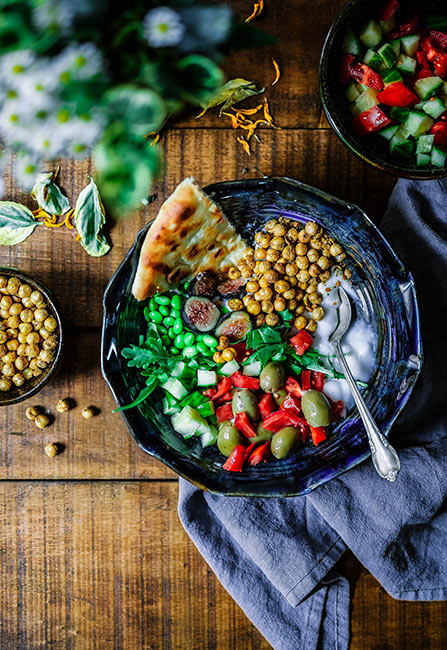 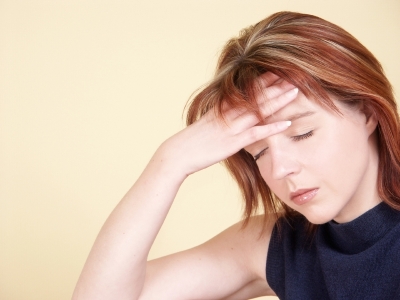 Coeliac disease (or celiac disease) is an old name which simply means ‘belly disease’. It is derived from the Greek word for ‘belly’ – kailia. Once the cause of the symptoms became understood, a new name was devised – gluten-sensitivity enteropathy – but it has not really caught on. Other terms that you may come across are non-tropical sprue and coeliac sprue, based on the close resemblance of the symptoms to those of tropical sprue. This disease, found in those who live or have lived in the tropics, is probably caused by bacterial infection. There is no causal link with coeliac disease.

Used with permission by Linda Gamlin  and Professor Jonathan Brostoff