Do you ever wake up in the middle of the night with an attack of hayfever or pollen asthma? And do you ever wonder why this should happen? The explanation is that warm air, rising up from the ground level on a summer’s day, takes pollen with it high into the Earth’s atmosphere. When the air cools down after sunset, this pollen slowly descends again – an invisible ‘pollen shower’.

This pollen shower falls quite quickly in the countryside, reaching ground level between 8 p.m. and 10 p.m.,but hot city pavements and buildings keep upwards air currents going, and pollen stays aloft for longer. Most pollen lands on the city between midnight and 2 a.m. That’s why you wake up sneezing or wheezing – especially if you sleep with the windows open.

Understanding facts like these about pollen can help you to reduce exposure substantially. Pollen is by far the most difficult allergen to avoid, but don’t believe the defeatists who tell you  ‘You can’t do anything about pollen.’ 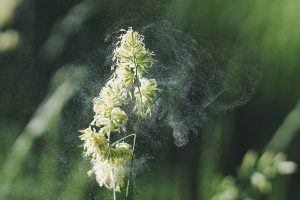 Pollen counts are based on the amounts of pollen collected at specific sites earlier in the day, or on the previous day.

Forecasts for the coming day are really just informed guesswork, based on the present pollen count, the time of year, the temperature and rainfall over the last few days, and the weather forecast for the next day. At best, pollen forecasts are only as good as the weather forecast.

Forecasts of pollen can be useful in deciding when to start taking antihistamines for hayfever or when to increase your asthma preventer drugs(steroid or cromoglycate inhalers).

The start of the grass-pollen season is now predicted quite accurately.

One thing that can really help here is an air-conditioned car.In an ordinary car, closing the windows (and perhaps fitting a filter to the intake) helps a lot, but the heat is terrible.

A cycle mask, or special nose filters sold for hayfever, will keep out pollen at peak pollen times. Just wearing a scarf over the mouth and nose will also give some protection. If you suffer symptoms in the eyes, sunglasses will keep pollen out.

Pollen release occurs at different times of the day for different plants.

Grasses release pollen from about 7.30 a.m. and onwards, but if the ground is damp the release will be delayed until the moisture has evaporated. Unfortunately, a few grass species wait until the afternoon, so there will be some pollen entering the air all day. if you get up at 6 a.m. for a walk or run, you can be safely home by 7.30 a.m. Alternatively, go out in the early evening, after grasses have finished releasing pollen, and before the ‘pollen shower’.

Birch is an afternoon pollen: release peaks between noon and 6 p.m. Unfortunately, there is no information at the present for other types of plants.

All types of plants favour warm sunny days for releasing pollen, and they all avoid rainy weather. On cloudy days there is a build-up of pollen in the flowers, so a massive release of pollen occurs on the next day of good weather. 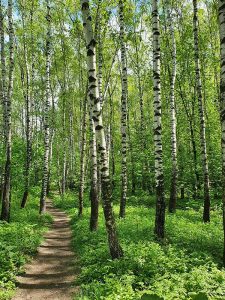 Photo by Olga KHARLAMOVA on Unsplash

Pollen grains have one huge point in their favour; compared to other allergenic particles, they are big and heavy. This means that they settle more quickly from the air. In a room with 3m – (10ft-) high ceilings, all the pollen will settle within four minutes, as long as the air is completely still. In other words, if you close all the doors and windows, block off any draughts, and sit fairly still, within four minutes you will be breathing pollen-free air.

This does not mean that all your symptoms will instantly vanish, because the ‘Late Phase Reaction’ can go on for up to 24 hours. But you should feel better and, by not starting a new cycle of allergic reaction, you are improving the prospects for the next day. Escaping from pollen for a new hours every day should produce a general improvement in the long run, with your nose and airways becoming less inflamed.

The bad news is that some plants produce allergenic fragments much smaller than pollen grains themselves. Various grasses do this, as do birch trees and certain plants not generally found in Britain,such as ragweed. These tiny particles take much longer – up to six hours – to settle from the air.

Some plants even produce ‘volatiles’ – airborne chemicals that provoke symptoms. Birch trees release volatiles from their buds in early spring, weeks before the pollen itself is released, and they affect a great many people, including some who are not allergic to birch pollen. Volatiles can only be removed by masks or air filters if they contain activated carbon filter.

The notorious effects of oil-seed rape on the nose are also due to volatiles, not pollen. These volatiles are simply irritants and there is no allergic reaction. 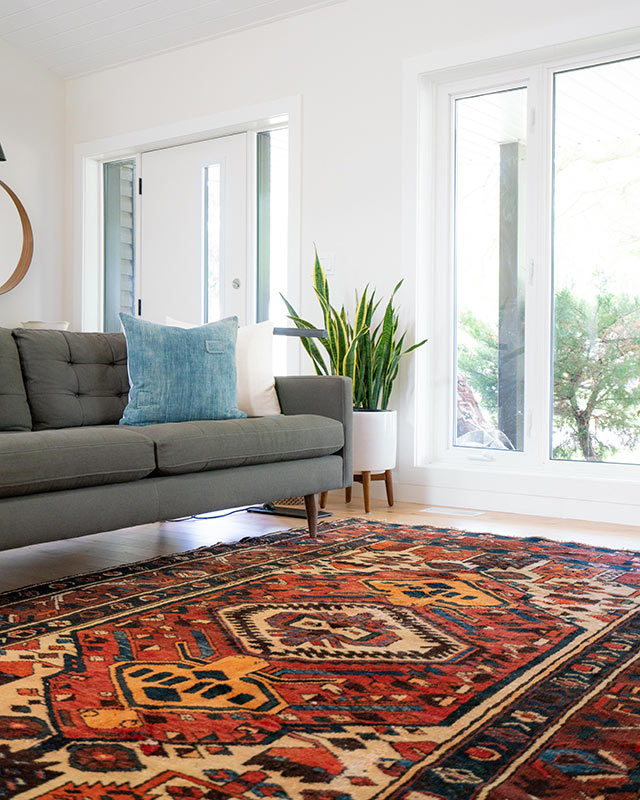 Photo by Ryan Christodoulou on Unsplash

To cut down on the amount of pollen you inhale at home:

Dry all your laundry indoors during the pollen season, to stop collecting pollen

Pets bring in pollen on their fur, so keep them outdoors during the pollen season, and avoid stroking them og getting too close.Brushing them thoroughly before they come in is another option, but the allergic individual should not do this.

Close the windows when you are offending pollen is being released, and during the evening ‘pollen shower’.

Change your clothes when you arrive home, since they will be coated with pollen, and wash or rinse your hair. Keep some clothes for indoor use only.

Aim for still air (no draughts, no fans, and vigorous movement) in the room where the allergic individual studies, sits or sleeps. Air currents stir up pollen from the floor and furnishings. (No draughts means poor ventilation, of course, which is acceptable during pollen season - but ventilate again afterwards, to discourage moulds and dust mites.)

If tranquil air is an impossibility, consider getting a high quality air cleaner, or air conditioning. Alternatively, wet-dust and vacuum every day (using a vacuum cleaner that keeps allergen particles in ) - to reduce the amount of pollen residue. Those who are very sensitive may need to do this as well as having an air cleaner.

Cover your armchair and bed with a dust sheet during the day. In the evening, fold this up very gently and wash it. This removes the layer of pollen that accumulates on furniture during the day, before it is disturbed and inhaled. If you are studying, cover your desk and books when not working.

Places to go, places to avoid

For grass-sensitive, mown grass is usually fine ( it won’t flower) although some people react to skin contact with grass. Unmown grass does flower, and will cause symptoms. Wheat, barley and oats, although they are grasses, release little pollen and rarely cause problems. Rye and sugarcane do release pollen, and may affect some people, but maize (corn) has heavy pollen that does not travel far, so it rarely causes much trouble.

The levels of most pollen do not differ much between town and country. In fact, high up in the tower-block may be one of the worst places, because of pollen rising on warm air.

The seaside is often pollen-free thanks to onshore breezes. Mountain peaks and ridges are also good, but deep mountain valleys can be pollen traps. 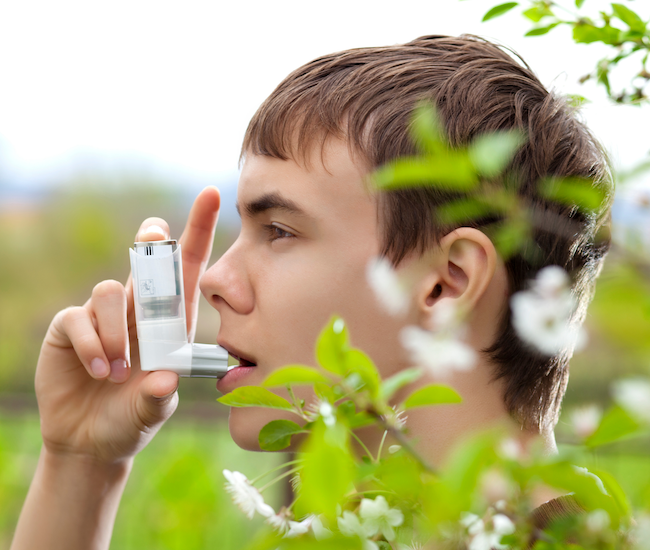